Place your bets and let the games begin...

“Many Prog fans will absolutely fall in love with the style and emotional content of ‘Scissorgames‘ which will very probably be rightfully regarded as one of the best debut progressive rock albums of 2022.” - Leo Trimming

“The balance and blend of the various musical talents in this band is what stands out, and the mixing of the tracks is of a high standard indeed (take a bow Bob Cooper!). Live exposure to many potential fans, old and new, is the oxygen this band craves and deserves, and I hope that people take a chance to go and see them perform.” - Sue Smith

Listen to the debut single Mountain

Ghost of the Machine is a melodic progressive rock band from Yorkshire, England. Five former members of This Winter Machine joined forces with vocalist and flautist Charlie Bramald (Nova Cascade, ex-Harmony of Spheres).

Taking the best elements from their critically acclaimed previous endeavours and pushing forward in a heavy and adventurous direction, Ghost Of The Machine has unleashed their debut album Scissorgames and is ready to bring a thrilling live show to a stage near you.

Light the fuse and blast across the universe! It's the launch day for our debut album Scissorgames.

You can hear the album NOW on all major streaming services, such as Spotify, Apple and Amazon, and of course the CD is now on general sale through our website. 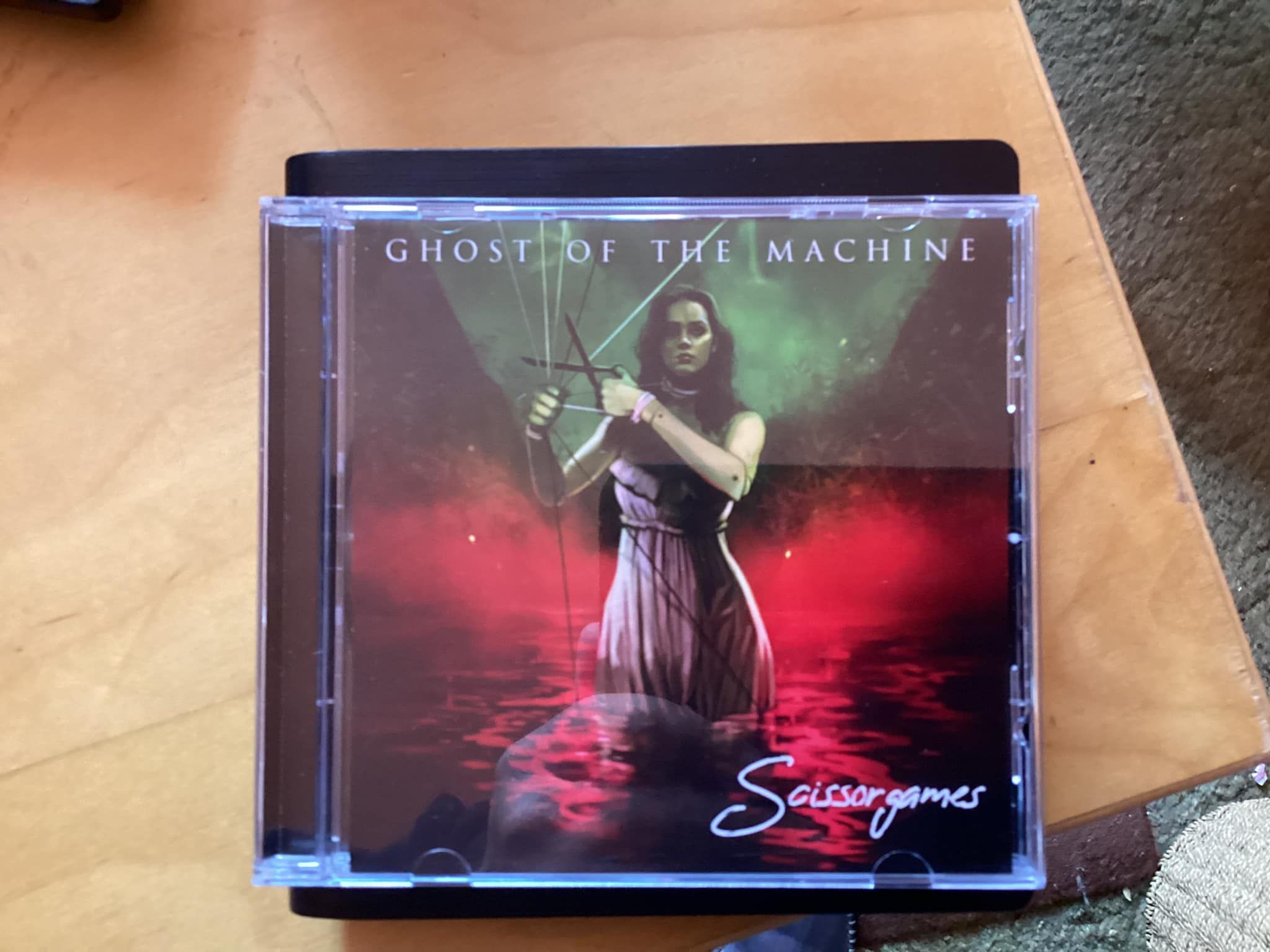 We've had a great time making this record - writing and playing together as a band, recording with the brilliant Bob Cooper who did a stellar job producing and mixing the album, getting the incredible artwork from Claudia Caranfa, and being blown away by Grant Berry's masters - and now it's over to you. Let us know what you think of Scissorgames!

We were delighted to see some CDs arrive early for the fans who pre-ordered. Our Facebook fan group has been awash with wonderful comments. If you've not received yours yet, don't worry; it's on its way, and in the meantime, you can enjoy the digital download version. Thank you to everyone who's supported us on our journey so far.

All our best
Charlie, Graham, Mark, Stuart, Andy and Scott